A particularly useful answer was given to the following question:- ‘ Given the changes in inheritance tax following the pre-budget report, is there any point in my wife and I having nil rate band discretionary trusts drafted?’

After explaining previous use of nil rate band trusts and the new provisions that were introduced in the pre-budget report Mr. Emery-Jones went on to say the following:

‘While the nil rate band discretionary trust wills have lost their appeal from an IHT perspective, this is not wholly fair, and it also highlights the historic reasons for creating trusts.

While tax planning had been a valid reason for creating a discretionary trusts, another important function is protection, whether from third parties or from reckless beneficiaries. Second marriages are increasingly common and the safeguarding of the nil rate band of the first to die may be the
preferred option if there are children of the first marriage who may be prejudiced.

Nil rate band discretionary trust wills have typically been drafted to provide trustees with powers far in excess of those granted by statute to let them operate it in the most flexible way. Having nil rate band discretionary trust wills, as opposed to more straightforward wills in which everything is left to the surviving spouse or children provides the executors with greater flexibility. If family circumstances at the time are such that it is appropriate to ring-fence the nil rate band of the first to die in the trust, this is the option that the trustees can take. They may wish, for example, to use money in the trust to benefit children or grandchildren.’

Mr. Emery-Jones then concludes with a very valid point:

‘The changes in the Pre-Budget report are effective from 9 October 2007, although they are yet to be made law by the 2008 Finance Act. While assurances have been made that the changes are set in stone and will be ratified by the legislation, this cannot be taken for granted’.

1 – Care Home fees.
2 – Re-marriage (the new partner/spouse could end up with your half)
3 – your surviving spouse having more children, diluting the share that should go to your children.
4 – Bankrupcy (protect it from creditorstrying to get their money back)

We do this by writing Wills for you that pass your share of the family home (providing it is owned as Tenants in Common) to your children whilst still allowing the surviving spouse to live in the property as long as they like. Such Wills are called Protective Property Trust Wills (PPT), if you are interested in these, please call and we can talk you through the process.

Since the change in the Inheritance Tax rules, these PPT Wills are often a better way for married couples to write thier Wills, particularly if the family home is the major part of their asset portfolio.

Below is some information on Property Trusts for you to read.

This Trust is to be used for Married couples or Civil Partners (same sex marriages) or couples living together who own the same property (as Tenants in Common). This Trust allows each one of them to leave their share of the property to whoever they want but control of the property remains with the surviving partner/spouse. Control is limited to a time span, this can be for the rest of their lives or until they are a certain age or until a child is a certain age or until X years after the death of the partner etc.

Each partner needs to specify a number of things about their share of the property;
-Who the ownership should eventually pass to
-Who is able to live there without owning their share
-How long they can live there

What they are allowed to do whilst they live there:

Are they allowed to sell the property and buy another (e.g. to downsize)?

A property owned as Tenants in Common can also help protect the asset from being taken to pay for the long term care of one of the owners. If a property is owned as Joint Tenants and one of the owners goes into care, the care home can place a charge against the property to reclaim the costs of that care. If the costs are large the care home can take all the proceeds of the sale when it is sold, leaving nothing for the children. If the property is owned as Tenants in Common, the care home can only take the element of the asset that was owned by the person they were looking after, typically half the property, ensuring that the children can inherit the other half.

If your parents are alive, is your inheritance protected in this way?

If a married couple with children own their property (valued at £150,000) as Tenants in Common and have very little additional assets, they can use a property trust in their wills. This will mean that on 1st death, half the property is passed to the children but the surviving spouse is given permission to live there for the rest of their lives and are able to sell the property and purchase another, larger or smaller.

If later on in life the surviving spouse wants to sell the property, buy another one, thereby releasing some equity, they are able to do this. Any equity released is from their share of the former property, the capital that forms the half owned by the children remains inside the new property, the % of ownership will change however. 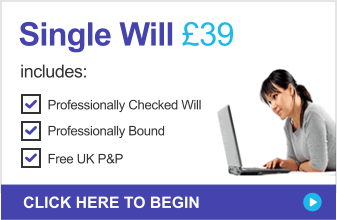 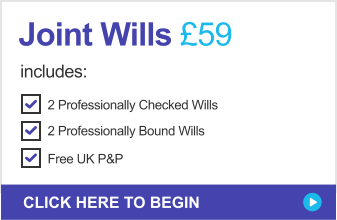 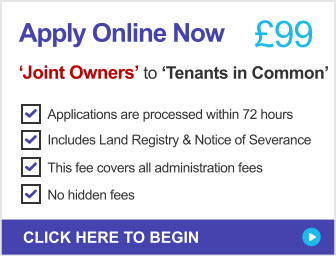 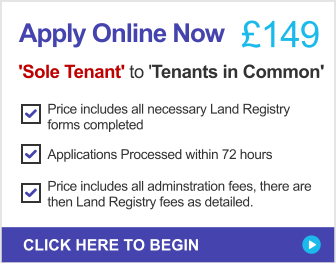